Tales from the Upper Land, a trilogy of fantasy Book One: Mina, Magic and the White Beaker

The first book of a magic trilogy, inspired by Indo-European fairytales and ancient myths. For children, teenagers and adults who never stopped loving fairytales. 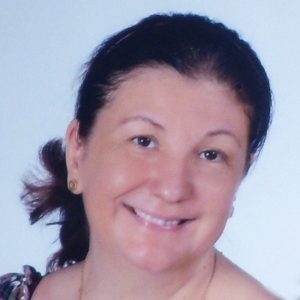 Vesela Flamburari was born on 17.01.1967. She has higher education. She is a member of the Union of the Bulgarian writers. Flamburari is married to the greek doctor and poet Vassilios Flampouraris. She has lived and written in Greece for twenty-two years. Vesela Flamburari has been awarded the following prizes: National award for “Best children fantasy writer”, Plaketa “Mali Princ, Bosnia and Herzegovina, National award for contribution to the children’s books publishing, National award for children literature; and she has a nomination: ESFS Nomination (after European selection \ Short list by three authors) – “The Spirit of Trust: best creator of children’s books in the genres sci-fi and fantasy”, 37th European convent of sci-fi and fantasy “Eurocon”, Saint Petersburg, Russia. Vesela Flamburari has 16 published books in the genres of children’s and juvenile fantasy and literature for the youngest. There are theater plays, TV series and radio shows realized under the fairy tales of Vesela Flamburari