The Dance Of Light Part 1 : The Return of the Knights

The Palace of the Dawn will soon be stormed. The most ruthless man of all time is one step away from assailing on Iovbridge and dethroning Sophie Delamere. The Queen of Knightdorn is now alone, with neither allies nor an army capable of rebuffing the enemy which is approaching her city. Everything appears to be over, until a mysterious boy makes his appearance.

The Dance of Light plays out in a fantasy world which is made up of different races and strange creatures. The story takes shape during the third age of the world, the Age of Men, on the two continents of Knightdorn and Kerth.

The first book in the series, The Dance of Light, will take you on an epic journey to a fantasy world of men and mythical creatures which will keep you spellbound till the very end. 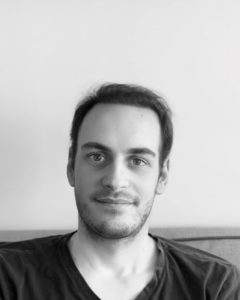 Gregory Kontaxis was born on 17th December 1989 in Athens. He studied Informatics and Finance in Greece and the United Kingdom and he has worked as a Financial Analyst in Vienna and London. He currently resides in London, where he is occupied with investment risk management and writing. "The Dance of Light" is his first novel.