The House of Seagulls

A tour de force shrouded in mystery, where corruption, violence and the abuse of power clash with inspiration and eternal love. 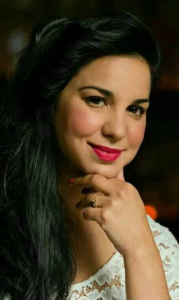 Maria Karagianni is a distinguished author from Greece. She was born in Kalamata in the early 80s. In 2003, she graduated from the Greek Police Academy and soon after acquired a degree from the Law School of the University of Athens in Economics. She also speaks three languages . She primarily shares her time between her position as Chief of Police, fulfilling her passion for writing and enriching her experiences by travelling around the world. Her ability to balance the reality of law enforcement, the respect for history and culture, the effect of socio-economic factors and the understanding of the human psyche are successfully intertwined and reflected in her fictional work. “The House of Seagulls”  is making its debut in the international market by Ontime Books publications.   Soon to follow the successful novel “Silent Shadows” , that has also been translated and published in Chinese, as well as her latest book “The Wish”, which was awarded as “Book of the Year” for 2019  in Greece and Cyprus. Maria has been recognized  for her contribution to literature and culture by the Club of UNESCO, a highly honorable distinction .